The deepest and most unexplored place on earth

We know less about it than any other place on this planet and researchers say that we know more about the surface of Mars than we do about what lives at the very bottom.

It’s called Mariana Trench and it stretches on average 2550 kilometers long and 69 kilometers wide. It’s deepest point is 10.9 kilometers deep and labeled Challenge Deep after the HMS Challenger (British Navy) that discovered it in 1875. 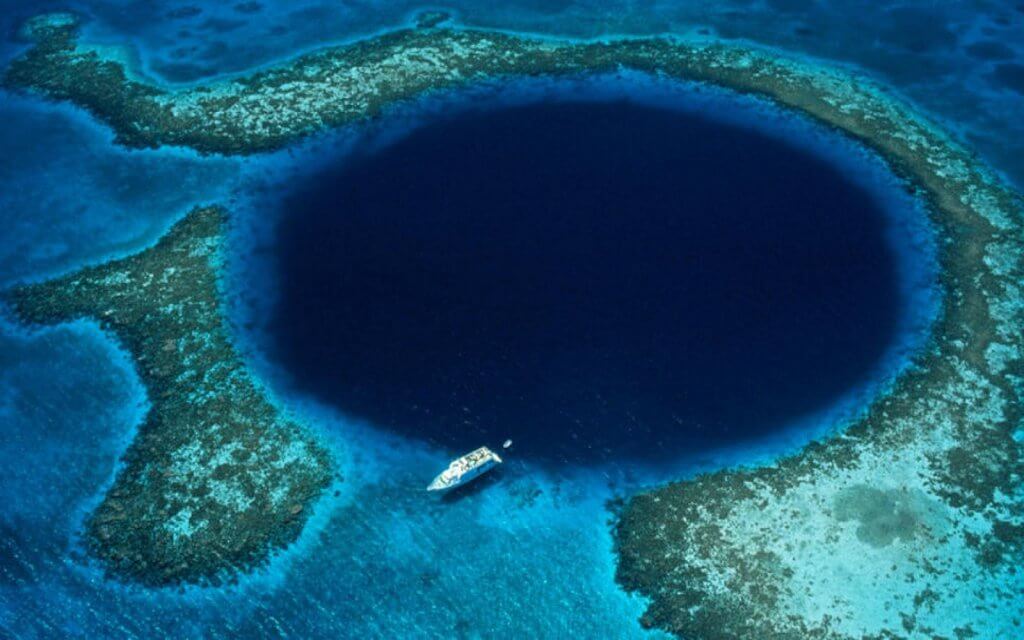 The conditions down there are extreme. That’s why there has been only 4 successful missions to the very bottom. The last successful mission was made by film director James Cameron in 2012. 68 new species was discovered during this journey.

Lets take a look at some of those deep-sea creatures

This creature is almost transparent with the only non transparent part being their amazing rotating eyes and their digestive system. 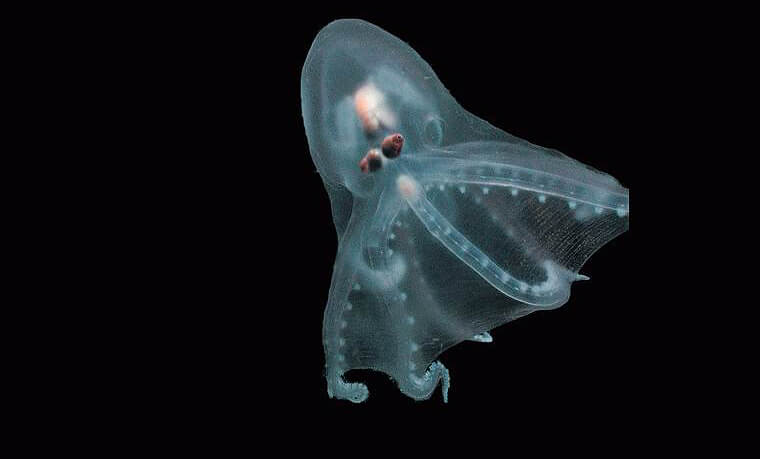 Dumbo octopus is a type of octopus named after Walt Disney’s famous character Dumbo the elephant because of the ear-like fins. There are around 37 different species of dumbo octopi. 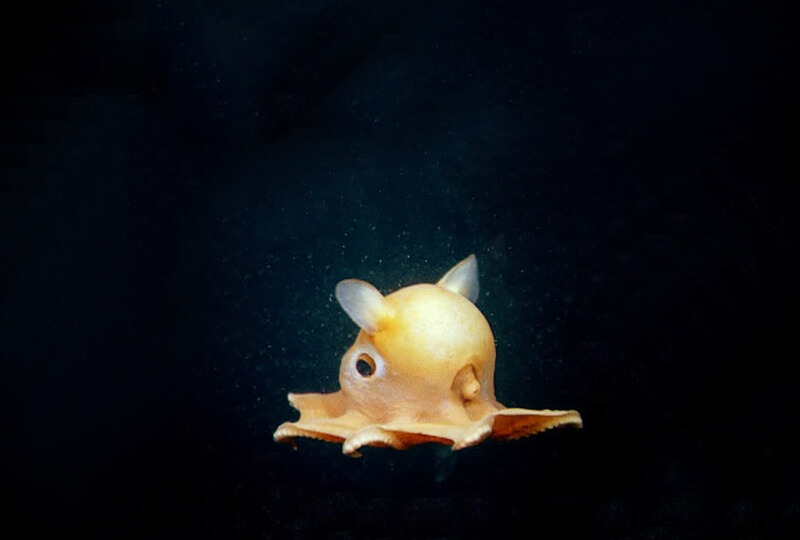 Benthocodon are small, red jellyfish. They get as big as 4 cm diameter, but are generally smaller. These little creatures live in deep ocean areas in the Atlantic Ocean and along the coast of the western Pacific from California to Antarctica. 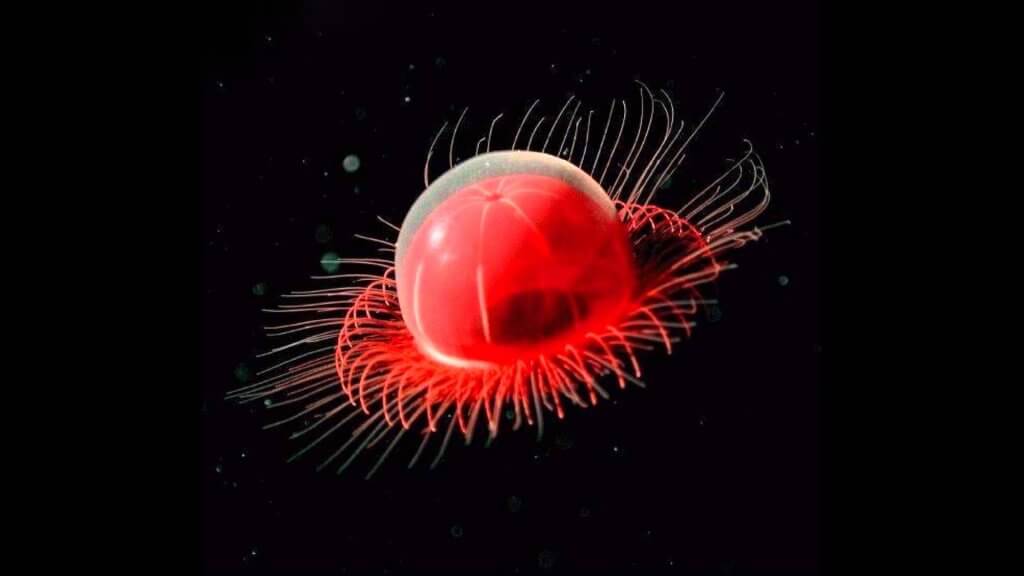 Despite it’s very unusual appearance – the barreleye fish is actually awesome. Unlike most fish, the eyes of the barreleye fish point in the same direction, which gives them excellent binocular vision which helps in the depths to look and pursue its prey. 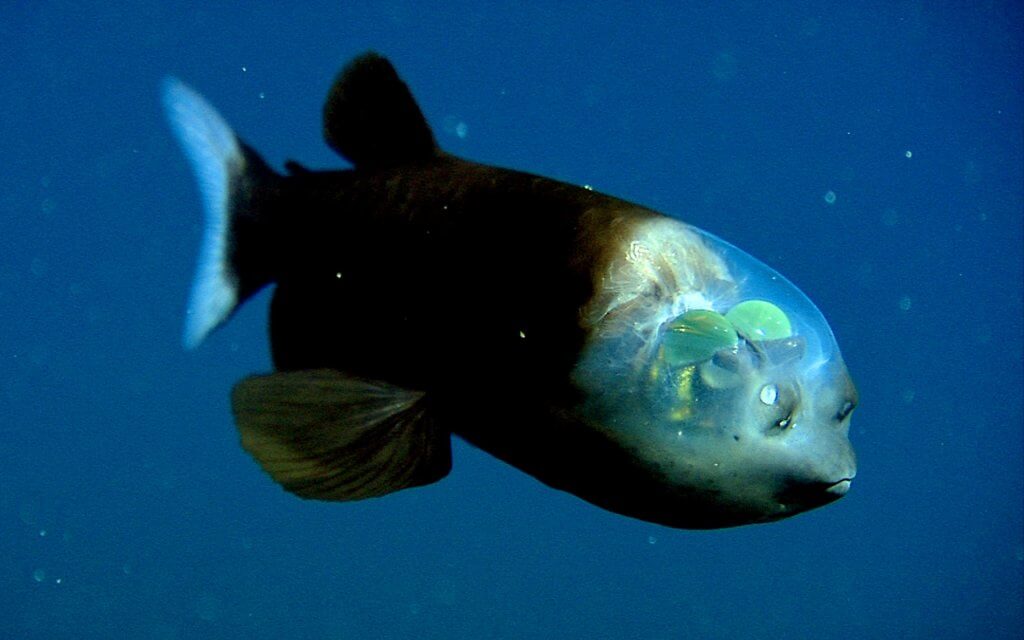 Not so much is known about this cute little sea creature. But this type of specie has 143 cousins, all of them with a pair of cute nostrils and is found in all world’s oceans. 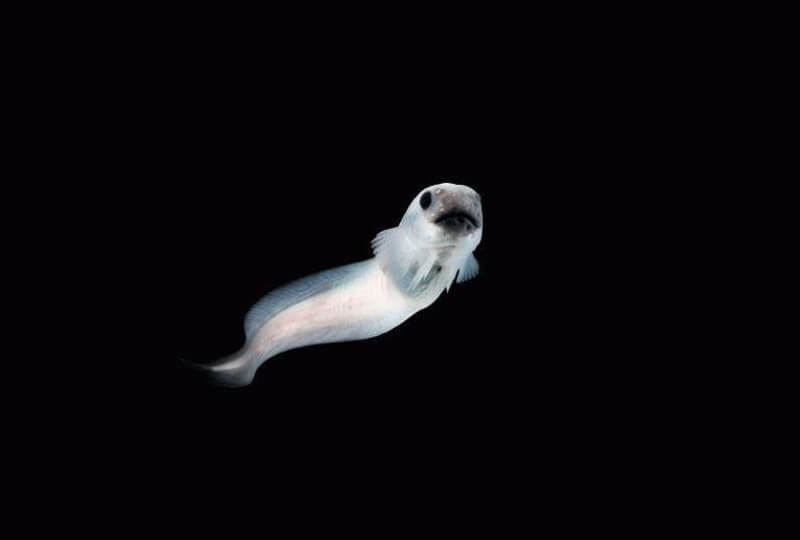