Earth is full of wonders. Could you imagine the tree that is almost impossible to burn or that some plants can acknowledge and protect their relatives? Some abilities will leave you speechless…

Hura Crepitans is called one of the most dangerous plants in the world. It is easily recognized by its size, reaching up to 60 meters and by its spike-covered bark. But these sharp spikes are not the only way it can do harm. Its poisonous fruits explode with a loud noise, flinging shrapnels of big, hard seeds at speeds up to 240 km/h that can cause serious injuries.

This tree is also known as “Monkey no climb” or the sandbox tree, it is native to South America and later was introduced to other parts of the world.

Mimosa pudica is a creepy plant native to South America that can now be found all over the world. It is known as “sensitive plant” as well as by many other names like shameplant or “Touch me not”. As you might have guessed, the most interesting feature of this shy plant or its response to touch. Its rudimentary nervous system makes its leaves fold up and drop when they are touched or shaken. Studies have shown that the leaves actually close under various stimulations, like heat and wind and that they are able to transmit the message to the neighboring leaves. Yet it remains unclear why Mimosa pudica evolved like this.

So who said that plants cannot feel?

Vachellia drepanolobium is a dominant plant species in East Africa, which has interesting relationships with some species of ants. For defending itself against local animals like elephants and giraffes, this tree developed long thin spikes and drilled bulbs to house ant colonies. On top of that the tree secrete a nectar to provide ants with needed nutritional support. The tree is also known as the “Whistling Thorn”, because of the noise made by the blowing wind to the empty ant homes. 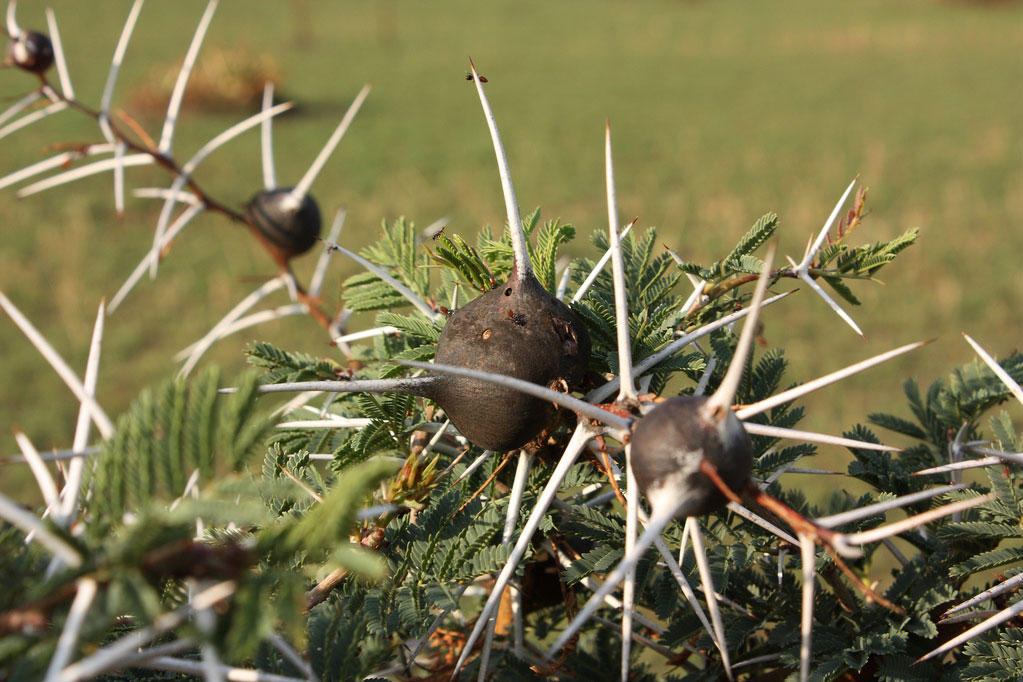 The oldest known inhabitants of Earth are two Bristlecone pines located in California’s White Mountains, USA. The couple: Methuselah and Old Hara are respectively 4845 and 5062 year old. Both roughly started to grow during the construction of Stonehenge. 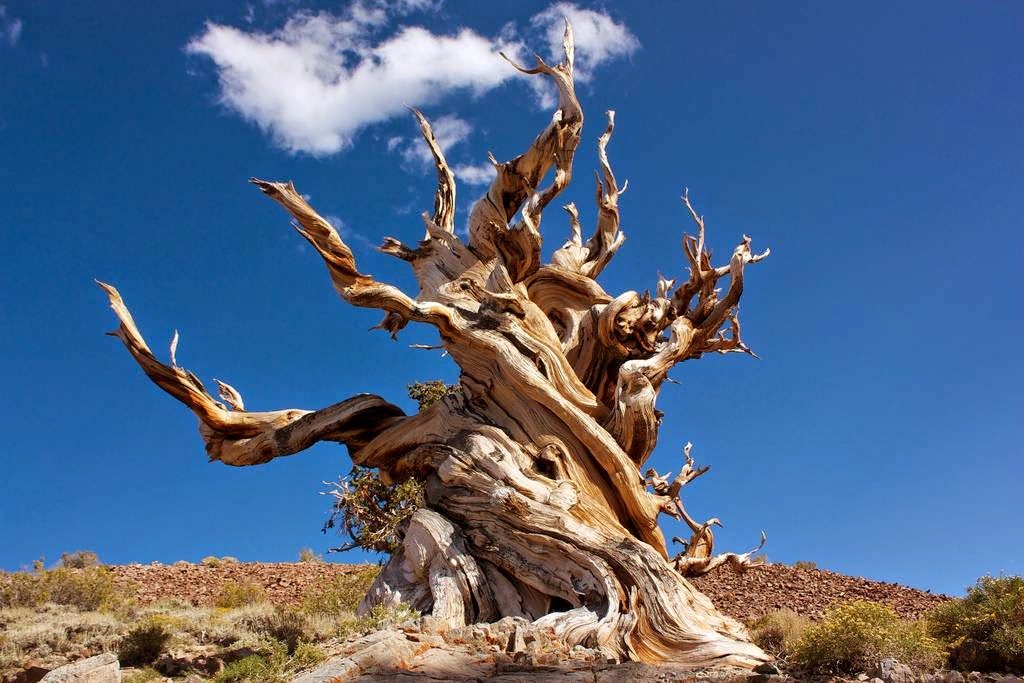 Some plants can identify who their family members are among individuals of the same species. They do this by exuding chemicals from their roots.  They even are able to choose to act altruistically by sharing available nutrients with relatives. Impatiens pallida grows its roots as fast as it can when genetically unrelated Impatiens are around, but puts less energy than usual to growing roots when it is surrounded by family members.

After exposing plants to light and viruses, scientists observed that they started protecting themselves before the virus exposure, proving that plants can learn to associate the light duration with different kinds of danger. 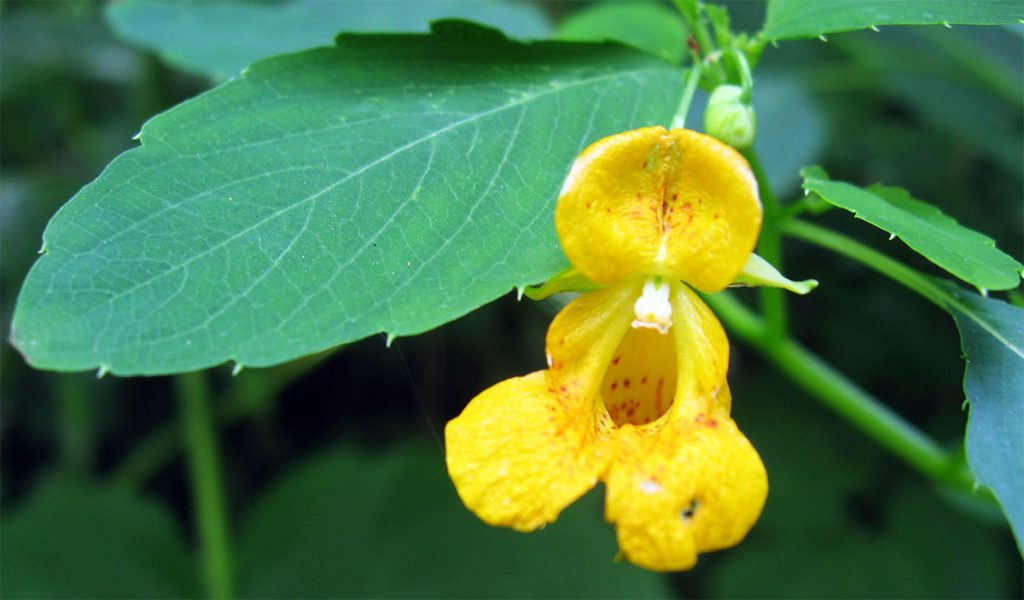 Plants like cabbage can emit a volatile gas, to warn the others of the presence of insects or animals. These plants generally send alert signals to warn their family members and fellows of the danger. In fact, the smell of freshly-cut grass, that we all like, is a plant distress call to its relatives or the plants version of screaming…

Scientists discovered that some plants are not only communicating by using chemicals but also sound, like corn saplings, that were discovered to make clicking noises and respond to them.

Emerging in the dry landscapes of Australia shortly after it broke up from the continent, Eucalyptus trees have developed a unique arsenal to defend themselves against the frequent bushfires. Not only they became immune to forest fires by evolving a thick bark and regeneration capabilities, but they encourage fires with leaves secreting a highly flammable oil that can make trees explode. Spreading the flammable oil and large amount of toxic leaf litter that insects and fungi cannot break down. Eucalyptus basically spend their life to set up an explosive area around themselves and wait for a spark, sometimes causing disasters. Eucalyptus actually start to prepare their environment to be the first spread again after the apocalypse. All this is thanks not only to their renewal abilities, but also to their fruits, that do not release seeds when they mature, but when they are exposed to fire. 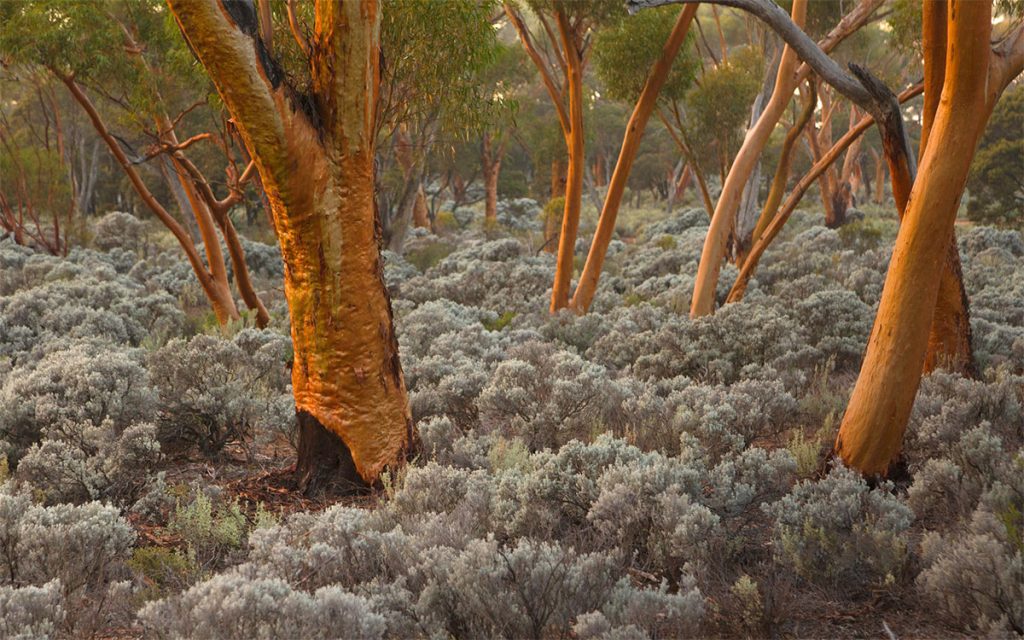 The most obvious ‘power’ of carnivorous plants is certainly their ability to eat animals like bugs, birds and even little monkeys. But some, like Venus flytrap, do much more than that: they can count, up to at least five. After feeling the presence of an insect the Venus flytrap evaluates the nutritional intake of the prey, and counts how many times it is touched. After 5 triggers, the trap closes on the careless visitor and the plant starts to digest. The more that poor thing fights to escape, the more enzymes are produced to transform it into a delicious soup. This discovery is additional evidence that some plants are able to calculate and do other brainy behaviors, while missing actual brain. 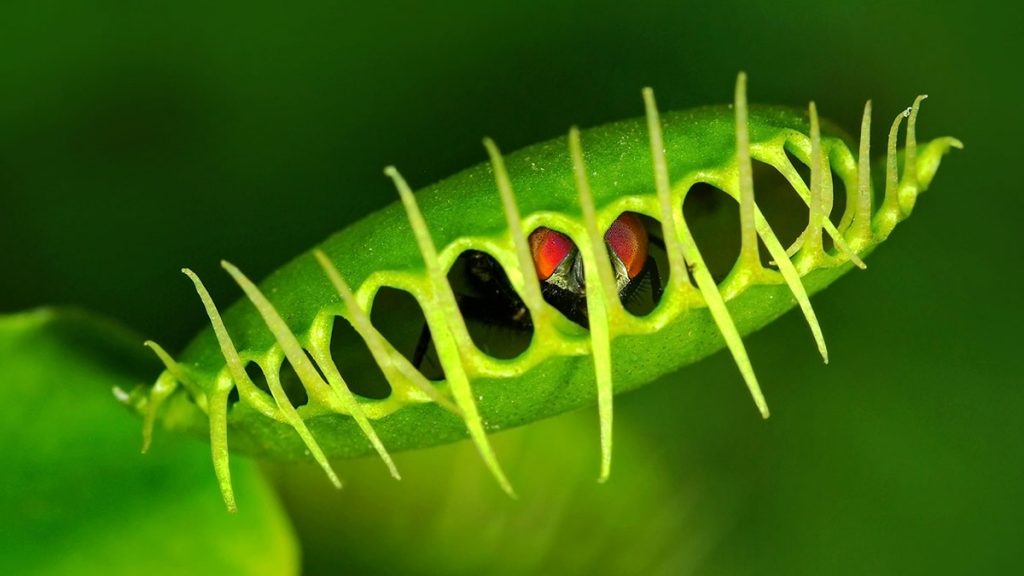 Source: nationalgeographic.com Report
What do you think?
What to read next
Follow us
Trending